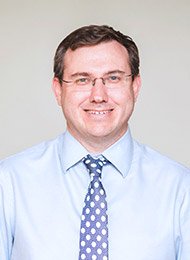 As the Managing Partner of Swanwick Murray Roche, David Lipke is future focused; leading our firm to continuously innovate, improve and develop to stay at the forefront of our industry with changes in the law and how legal services are provided in our modern world. David is also cognisant of protecting and continuing our firm’s long history and strong legacy in the Central Queensland region for providing quality, results-focused advice.

David is a preferred lawyer for Anglo American plc group, the Roman Catholic Trust Corporation for the Diocese of Rockhampton and is a past panel lawyer for Workcover Queensland. Having acted for both parties in all types of injury and compensation matters, David’s experience gives him an excellent ability to assess claims and prospects with a significant degree of insight and accuracy. David’s clients often comment that his sensible and straightforward approach to matters gives them comfort when dealing with complex and emotional matters.

David hails from Blackall in Central Western Queensland and has spent most of his professional career in the Rockhampton region. In his spare time, David enjoys a flutter at the races, watching his greyhounds race or spending time with his wife Kate and their children.

David has spent much of his career working across most aspects of personal injury, accident and damages matters as both a defendant and plaintiff lawyer. David has previously worked as a panel lawyer for Workcover Queensland before all work was centralised to Brisbane in 2014. As a result of being at the coal-face of how decisions are made by WorkCover, David has an insight into WorkCover matters that is unmatched by many other lawyers. David has personally managed eighteen multi-million dollar settlements with the largest being in excess of $16 million which, to this day, is one of the largest settlements of its type in Queensland.

David’s in depth experience gives him the ability to assess quite complex injury claims, develop a strategy to execute a claim and calculate an appropriate settlement from a relatively early stage with a commercial cost sensitive approach. For people who have often experienced one of the most traumatic and life changing moments of their existence, David’s experienced guidance gives them surety of their financial independence and protection of their dignity.

David Lipke is also available to present educational seminars about risk and liability for employees of institutional and business clients. His experience in seeing cases about where things have gone wrong is invaluable in educating employees about the seriousness of duty of care issues.

Some examples of David’s previous cases include:

Click on this link to find out more about the SMR Personal Injury Law practice.

David Lipke has successfully prosecuted and defended many commercial and estate litigation applications and claims including, but not limited to:

Click on this link to find out more about the SMR Commercial Litigation practice.

Click on this link to find out more about the SMR Wills and Estates Litigation practice.

David Lipke is involved in the following community organisations:

David Lipke has recently been honoured with the following accolades:

You can contact David Lipke at dlipke@smrlaw.com.au or via any of the means on the Contact page.

Enquiry. Quote. Home Visit.
We will connect with you.

Request to be contacted